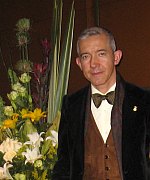 Toby de Lys is a native New Yorker, who after residing in various major cities around the world, identified Bogota as the most promising emerging market capital city in which to found his new endeavor; Colombia Investing.

In his role of CEO, de Lys spearheads business development strategies and investment advisory for Colombia Investing, in an effort to present investors with innovative emerging market vectors and high yield opportunities.

Since permanently relocating to Colombia, de Lys also created the most viewed website about Bogota around the world, www.bogotabrilliance.co, along with Tigre Haller.  Due to the success of their website, de Lys and Haller wrote the first bilingual guidebook about Bogota and the region, Bogota! A Bilingual Guide to the Enchanted City, published by Penguin, which was released internationally in June 2014.

Through these and other critical endeavors on behalf of Colombia, de Lys has become a recognized expat leader in Colombia; clearly articulating the reasons why Colombia is booming, but more importantly – why Colombia’s well managed economy is now poised to grow at an unprecedented rate, providing fertile ground for the astute investor.

Previously, de Lys was the international Project Manager for the Club Acquisition Company, an international resort and development company based in Denver, Colorado for six years, commencing in 2002.  Prior to that, he was also V.P. of Operations for the New Millennium Development Company, a building construction and management corporation based in New York City.

Toby de Lys received a B.A. in Architecture from a joint program between Princeton University and NJIT in 1990, and subsequently majored in Political Science and Philosophy at the City University of New York –at Hunter College.  Later, for managerial purposes, he also studied at l’Ecole Hôtelière de Genève –Gestion et administration.  He is native-level speaker of English, Spanish and French, and maintains a business level familiarity with other languages. 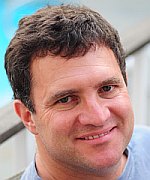 Robert Ricciardelli has over twenty years of banking and investment experience. After becoming more familiar with the exceptional business opportunities in Colombia as an emerging market, Ricciardelli joined Colombia Investing as a principal and managing partner to manage financial transactions.  Previously, he was a managing partner of Turnstone Capital and a founder of RLR Ventures, both New York City-based financial advisory and private equity firms.  Ricciardelli was a founder and managing director of Golden Gate Investment Advisors based in Los Angeles, a fund that provides venture capital to early stage companies in select sectors.  In his banking career, Ricciardelli has worked as an advisor to international infrastructure projects and as an executive at Standard Chartered Bank and ANZ Investment Bank, where he was an associate in the structured trade finance group and a manager in the project finance group respectively.  In the project finance field, Ricciardelli has handled the financing of infrastructure projects such as power plants, heavy industrial manufacturing facilities, mining and oil & gas assets. Subsequently, and at ANZ he served as a senior manager in the media & telecommunications group that financed cellular telephone networks, multiplex cinemas, and other media businesses. He was a Managing Director of Cedar Lane Asset Management, the former asset manager of the Cedar Lane Entertainment Fund, a Cayman Islands-based entertainment lending fund.  Ricciardelli received a B.A. in Economics from Dartmouth College and an M.B.A from the Amos Tuck School at Dartmouth.

Tigre Haller co-founded Colombia Investing with Toby de Lys and is responsible for vetting and analyzing potential opportunities and matching them with the appropriate investors while growing new, and maintaining existing, relationships.  Prior to Colombia Investing, Haller was a professional Risk Manager for over 15 years.  He has conducted Risk Assessments and established Loss Control programs for various industries including hotels, resorts, real estate developers, retail operations, school districts and private aircraft owners.  Haller has also published articles on Risk Management and Loss Control, and has conducted safety training seminars at national trade shows.  He is passionate about sharing his knowledge and expertise, and showing how practical changes can be made to create a safer environment for all.

Haller was also the Associate Editor for Nearshore Americas, an online publication focused on the IT, BPO and Nearshoring industries in Latin America and the Caribbean.

Since moving to Bogota, Haller co-founded www.BogotaBrilliance.co with de Lys to help correct the negative image of the city, and of Colombia.  Bogota Brilliance has now become the most viewed website in the world about Bogota.  Due to the success of their website, de Lys and Haller wrote the first bilingual guidebook about Bogota and the region, Bogota! A Bilingual Guide to the Enchanted City, published by Penguin, which was released internationally in June 2014.

During his time in Bogota, Haller has forged strategic relationships with key players in the fields of business, investment, government and culture.  These connections have enabled Haller to position himself and Colombia Investing in a key position to effect deals and act in the best interest of clients.  He has also served as an advisor on projects such as real estate development and film production.

Jukka Kokkeniemi, originally from Finland, brings over 12 years of business experience in Latin America and Spain to his role of Vice President of European Investments for Colombia Investing. During his eight years of living in Colombia, Kokkeniemi has provided market entry services to help Scandinavian companies establish and develop a presence in the Latin American market with a focus on the technology and manufacturing sectors.